Great Barrier 2017 One Base Tournament Report

That was another goodie!

41 boats (up 11 on last year) and 139 anglers (up 27 on last year) came out to play. Fair to say the weather makes a big difference, but our prize pool and the awesome people that consistently fish this event mean we’ll always have good numbers, even if the weather ever restricted us just to harbour fishing.

Friday weather was good, Saturday was a bit untidy, and Sunday was memorable—for all the right reasons. The fishing wasn’t scorching hot like last year, but most boats saw free jumpers and there were lots of other signs of bluewater life.

This years ratio of tagged to weighed marlin was a bit closer, with 3 t&r (22 last year) and 4 (9 last year) weighed in the comp. Three yellowfin tuna graced the decks, a beaut kingfish, and some good snapper. A  couple of tagged sharks rounded out the prize pool.
This year the travel prize was boosted to $5500 plus agents enhancements—and the reduction draw on Sun-day night was electric. That’s one helluva prize just for turning up and having a great time. Mason Containers, Southeys Group, Keith Andrews Trucks, and Warkworth World Travellers put this prize together and it is unique in that the winner gets to choose their destination.

Friday dawned clear and full of fishy potential. The team on Aria wasted no time, landing a striped marlin before many boats had eggs in the pan for breakfast. To prove it wasn’t a fluke they nailed another one 3 hours later, giving Andrew Whittle and Peter Blackett the co-owners of the boat their first billfish after years of putting other anglers on their boat ahead of themselves. Andrew picked up the Presidents Challenge for the first billfish, $100 and a bottle of rum from Mtkna Contractors.

Jessica Mabey on the ever reliable local boat Rookie set the Club Record for women 11 to 16yrs for her great stripie of 117.8kg and lead the weighed gamefish section right to the end.

Also true to form, Alby Petersen on LunaSea put Jason Kelly onto a 10.4kg snapper, setting the bar high for everyone else on that species too. The radio quizzes were again hotly contested and every-one acknowledges the degree of difficulty in a free for all over the vhf. It’s another way we can bring sponsors names into the event and the prizes are definitely worth having a crack at. We’ll do it a bit different next year ….

END_OF_DOCUMENT_TOKEN_TO_BE_REPLACED 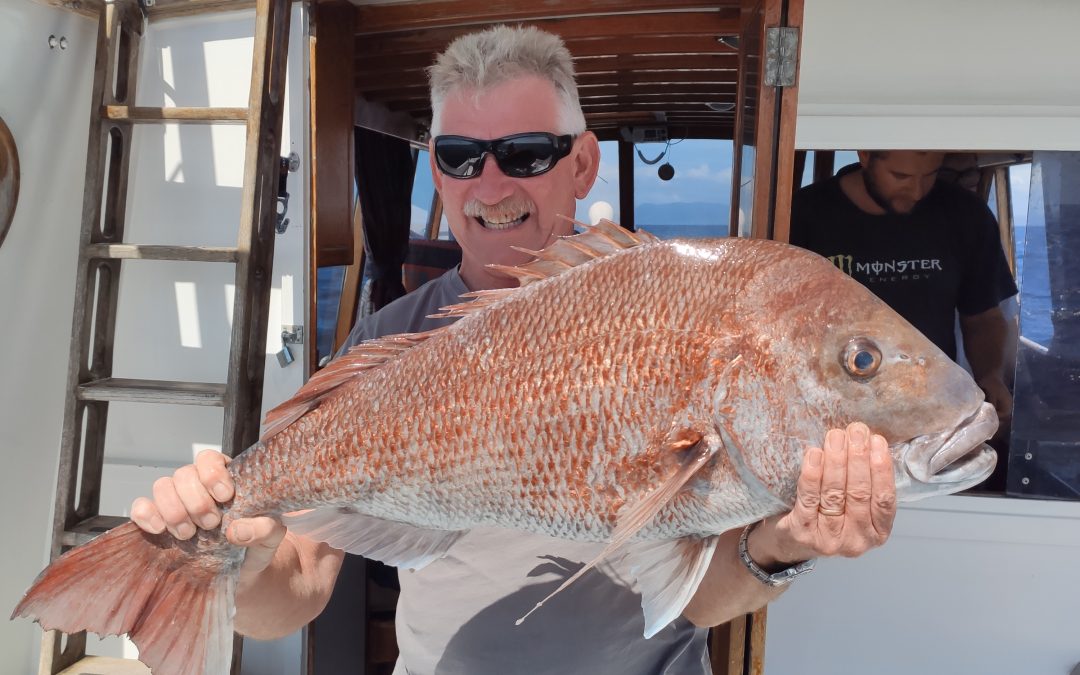